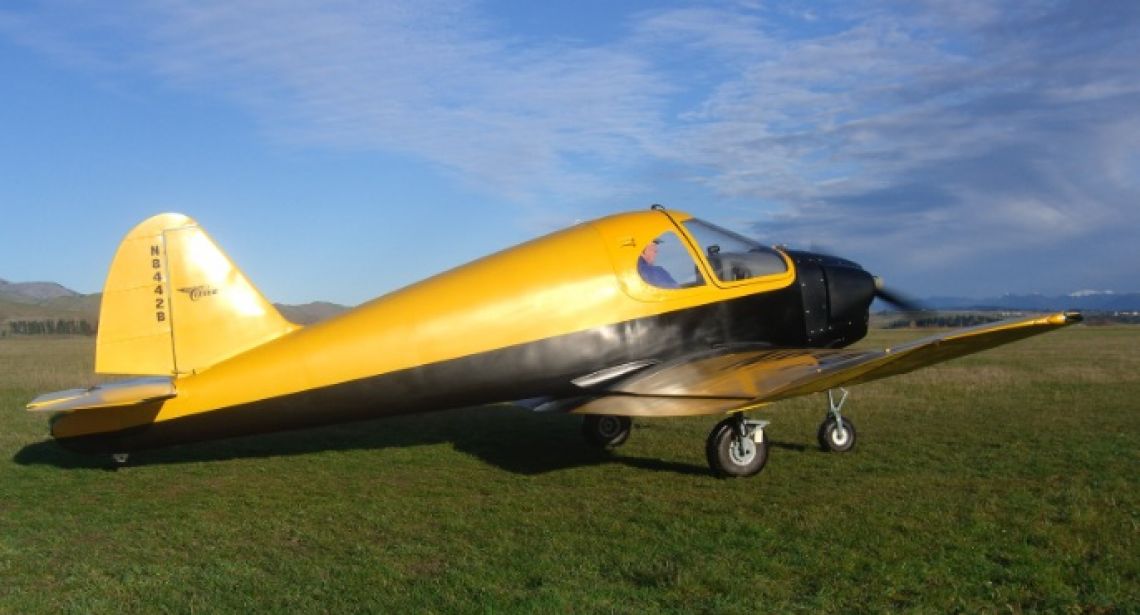 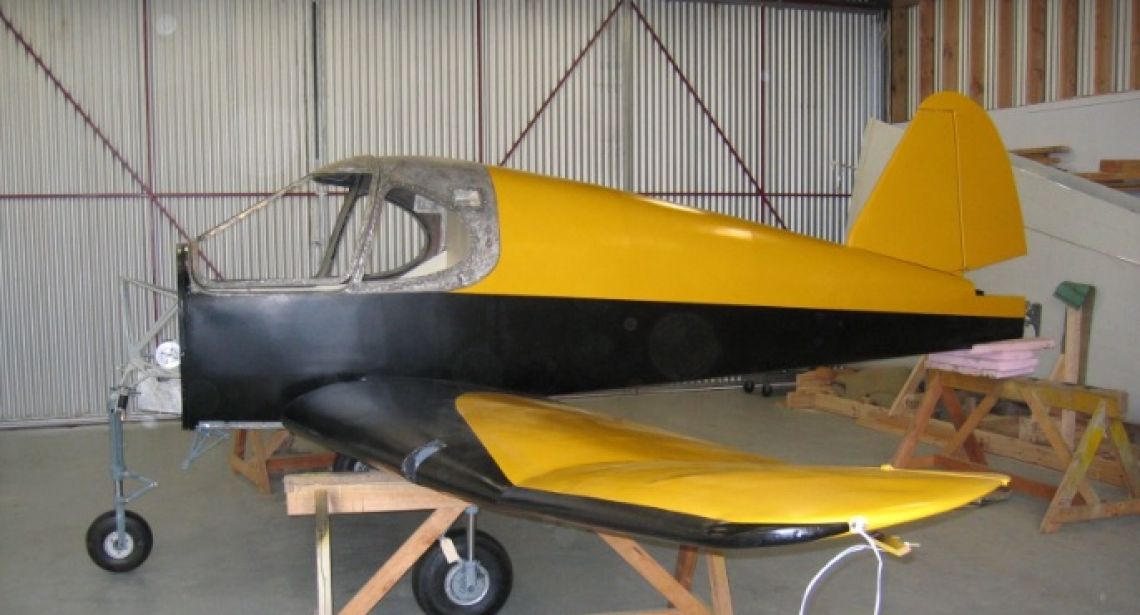 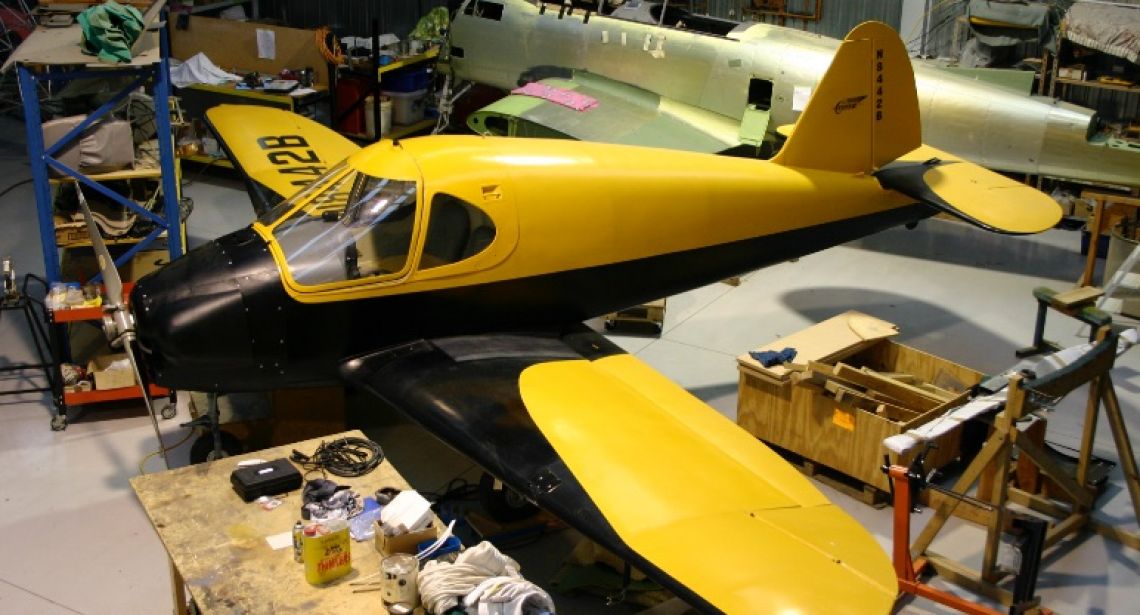 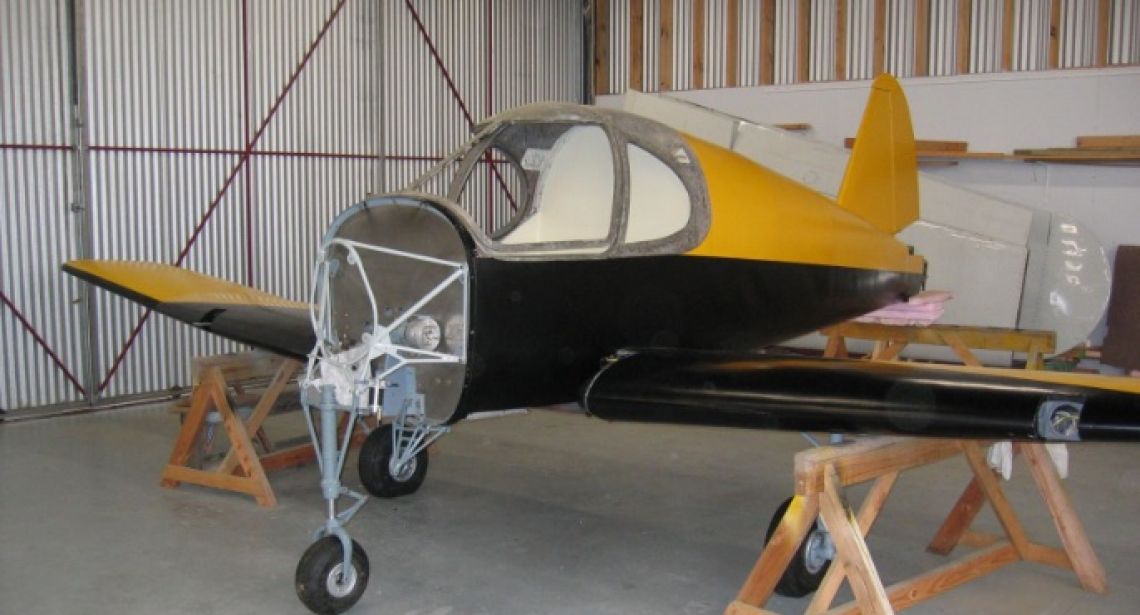 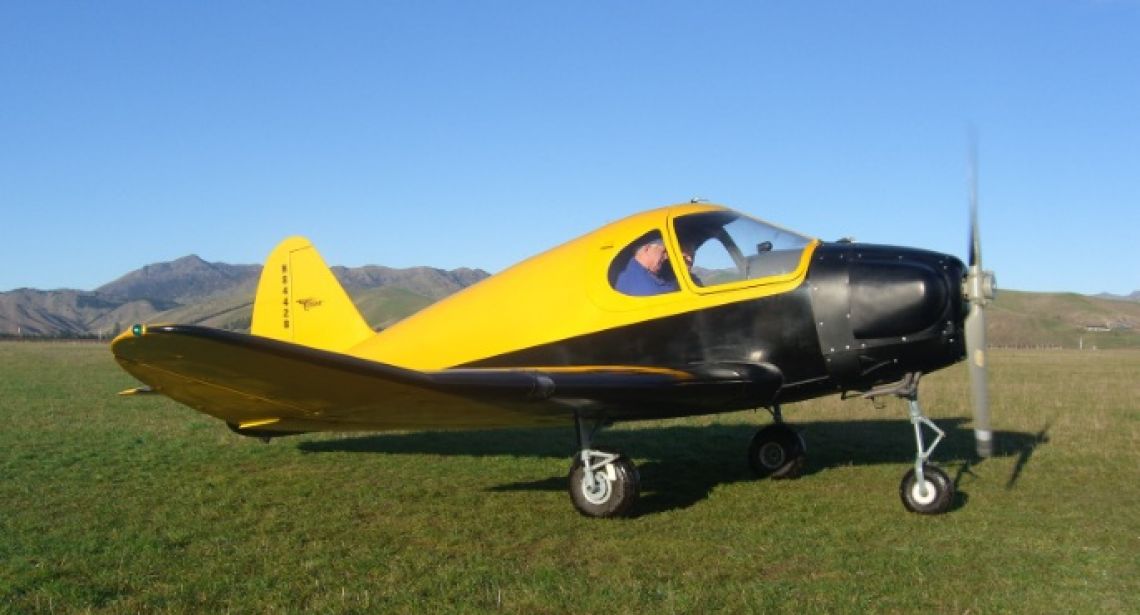 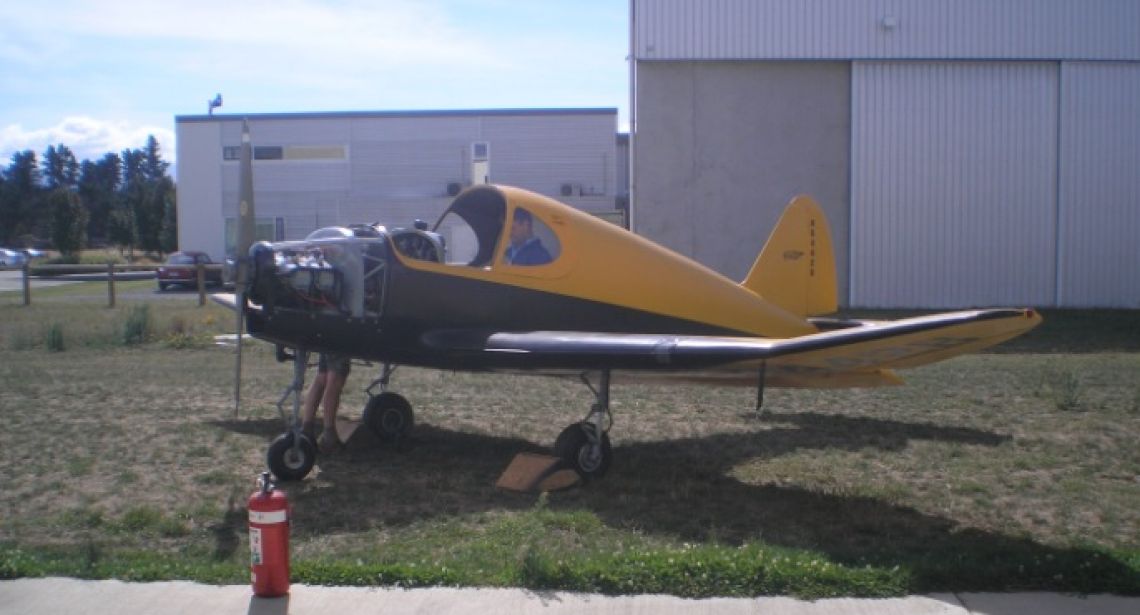 The Culver Model V was a two-seat cabin monoplane designed and built by the Culver Aircraft Company.

Having owned one as a young man in Hawaii, this unusual machine arrived in New Zealand in 2001 after being sourced from the USA by the owner as a sentimental journey.

Although the aircraft was basically complete the woodwork was in poor condition. The one piece wing, tailplane and fuselage are of monocoque construction (wooden framing covered in a light plywood skin) and were all initially rebuilt by Ron Flintoft at Omaka but due to other priorities the project was put on hold for a short time. In 2006 JEM aviation was commissioned to complete the project on a "as time allows" basis. Once again retired pilot and engineer John Evans contributed considerable time to the project.

For an aircraft designed to meet the perceived mass market of post war pilots wanting their own personal aircraft this is one complicated light aeroplane! It features a pushrod operated retractable undercarriage driven by one geared electric motor, and a reasonably convoluted 'Simpli-fly" control system designed by Ed Mooney – all on an early 'Excello' fuel injected C-85FJ-12 with a Sensenich two-position or a pilot adjustable Beech-Roby propeller. In an effort to keep weight down magnesium was used extensively throughout the aircraft for fairings and the canopy structure.

All of the above kept the team on their toes as they sought innovative ways to return the aircraft to the air. Luckily most of the components were with the project and generally in a serviceable state and any that were not present were able to be sourced from other restorers in the USA or manufactured. As plans and manuals were virtually non-existent and the aircraft had been disassembled prior to arrival in New Zealand the biggest challenge was figuring out where everything went!

Eventually the aircraft was completed although the engine (sourced from Portugal) and prop were not quite right. Following all system checks and so forth the aircraft was disassembled and returned to the United States in 2010 with her owner where the engine was overhauled and an Aeromatic 200 propeller was sourced. First flights finally took place in early 2011 and in the owners words, "it is good fun - grows on you after a while". 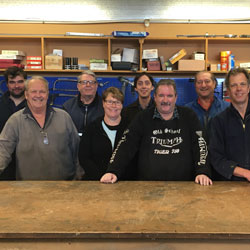 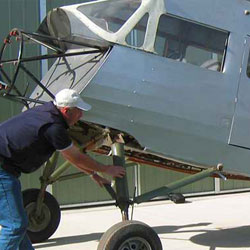